Warning: get_browser(): browscap ini directive not set in /home/buyaustr/public_html/_koodoz/_config/config.php on line 42
 Where is the vision and support for Australian manufacturing? | Buy Australian Made Blog

Where is the vision and support for Australian manufacturing? 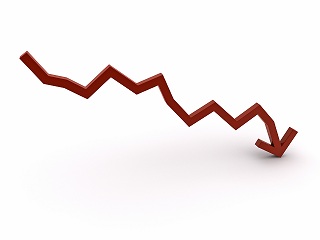 Is this the future of Australian manufacturing?

Other countries are being proactive in ensuring there is a bright future for manufacturing within their borders by giving incentives and support. Korea is one country very much on the front foot by introducing the U-Turn reshoring legislation.
What is below is copied from an article written by Richard A. McCormack appearing in The Manufacturing and Technology News, January 31, 2014 Volume 21, No. 2

“The South Korean government has passed a new law to entice Korean companies that have set up manufacturing operations in China and elsewhere to return home. The so-called “Act on Support for Korean Enterprises Reshoring from Overseas,” which the Korean government refers to as the “U-Turn Company Support Law,” was enacted in December 2013. It includes generous incentives and subsidies for companies to return production to Korea.
Here are the “details of support” of Korea’s U-Turn reshoring legislation along with the agencies involved in their implementation:
Corporate income tax cuts of 100 percent for five years and 50 percent for 20 years, Ministry of Strategy and Finance;
Tariff cuts for the introduction of new and used capital goods, Ministry of Strategy and Finance;
Subsidy on location for the equivalent of 15 percent to 45 percent of land sale price, rents (up to 50 million won per enterprise), Ministry of Trade, Industry and Energy;
Subsidy of between 3 percent and 22 percent of equipment investment, Ministry of Trade, Industry and Energy;
Allowing companies that reshore to move into free economic zones, “creating exclusive industrial complexes, giving priority when moving in to national general industrial complexes, Ministry of Land, Infrastructure and Transport and the Free Economic Zone Authorities;
Foreign worker visas: When rehiring local production management personnel at home, allowing the use of a “special activity visa.” Issuing visas to local production management personnel within 5 to 10 percent of domestic employees (up to 30 people) “considering the size of new employment at home,” Department of Justice;
Foreign workers: Preferential treatment of foreign employee limit in proportion to domestic employees (up to 50 people), Ministry of Employment and Labor;
Employment subsidy of 7,200,000 won per person within 1 year (up to 20 people), Ministry of Employment and Labor;
Financial support: Increase the guarantee ratio (85 percent to 90 percent) and discount on guarantee fees (from 1.2 percent to 1 percent), Korea Credit Guarantee Fund;
Export finance: Preferential treatment of export credit guarantee limits (up to twice) and up to 20 percent discount on guarantee fees (Korea Trade Insurance Corp.), considering U-Turn enterprises’ capital needs, Korea Trade Insurance Corp.
Customs Clearance Support: Free trade agreements — Utilizing support, such as rate reduction when importing raw materials, simplification of procedures for issuing the certificate of origin and free consulting provisions, Korea Customs Service.”

This entry was posted on Thursday, February 20th, 2014 at 11:45 pm and is filed under Australian Manufacturing. You can follow any responses to this entry through the RSS feed. Both comments and pings are currently closed.

← Has Australian manufacturing got a future? | Energy one of Australia’s competitive advantages →